The instances offer up to 30 TB of NVMe storage using AWS Nitro SSD devices that are custom-built by AWS, and are designed to minimize latency and maximize transactions per second (TPS) on workloads that need very fast access to medium-sized datasets on local storage. This includes transactional databases such as MySQL, Oracle DB, and Microsoft SQL Server, as well as NoSQL databases: MongoDB, Couchbase, Aerospike, Redis, and the like. They are also an ideal fit for workloads that can benefit from very high compute performance per TB of storage such as data analytics and search engines.

Here are the specs:

In comparison to the Xen-based I3 instances, the Nitro-powered I4i instances give you:

From Our Customers
AWS customers and AWS service teams have been putting these new instances to the test ahead of today’s launch. Here’s what they had to say:

Redis Enterprises powers mission-critical applications for over 8,000 organizations. According to Yiftach Shoolman (Co-Founder and CTO of Redis): 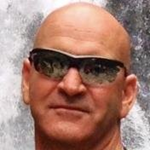 We are thrilled with the performance we are seeing from the Amazon EC2 I4i instances which use the new low latency AWS Nitro SSDs. Our testing shows I4i instances delivering an astonishing 2.9x higher query throughput than the previous generation I3 instances. We have also tested with various read and write mixes, and observed consistent and linearly scaling performance. 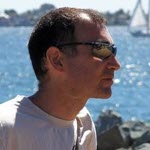 I4i instances have demonstrated superior performance over previous generation I instances, with a 30% improvement across operations. We look forward to using I4i to further elevate performance for our customers.

You can launch I4i instances today in the AWS US East (N. Virginia), US East (Ohio), US West (Oregon), and Europe (Ireland) Regions (with more to come) in On-Demand and Spot form. Savings Plans and Reserved Instances are available, as are Dedicated Instances and Dedicated Hosts.

In order to take advantage of the performance benefits of these new instances, be sure to use recent AMIs that include current ENA drivers and support for NVMe 1.4.